My Parents’ Divorce War Trained Me to Be a Therapist! 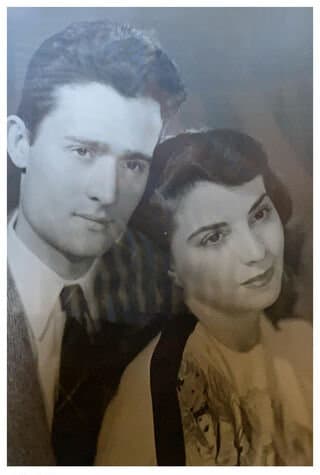 My story is a lesson for parents and what NOT to do during divorce.

My parents: in love on their wedding day. Five years later in battle. Source: Ann Buscho

We all do what we do for a reason, and the reason is often connected to our childhood. For me, I was drawn to divorce work because I wanted to change the way people divorce for the sake of their children, because I know first-hand what it is like to be a child of divorce. My parents were in love when they married, and I believe they were still in love when I was born. That was fortunate for me because that first year with my parents saved me from the most devastating effects of their divorce. By the time my sister was born 18 months later, my parents were in full-blown battle. My sister was 2 months premature, perhaps because of the stress my mother was experiencing. My sister never had the loving delight that parents usually experience with a new baby. She suffered health problems because of her prematurity and died tragically at 63. I’m sure her health was affected by the trauma of our parents’ conflict. Our parents have been divorced for about 64 years now, and my mother has been dead for 20 years, but to hear my 96-year-old dad talk about her, calling her “the nightmare” instead of her name, one would think that he still hasn’t recovered from their conflict. Today some might call his condition PTSD. My sister was never able to fully repair her relationship with our dad, so I (like many children of divorce) became the mediator between them. That was my on-the-job training for my career in divorce work. 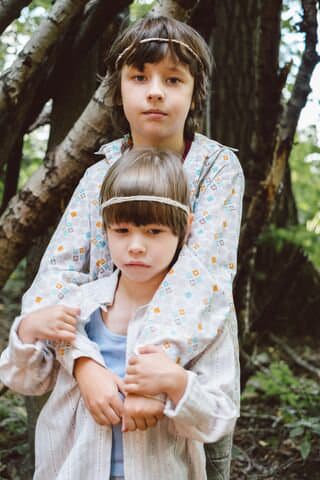 Often the older sibling is “parentified” and has to care for the younger siblings Source: Photo by Victoria Borodinova from Pexels

That’s what it is like for kids of divorcing or divorced parents in warfare. They are caught between their parents’ two narratives, and often, both are plausible. One parent says the other had an affair, the other retaliates with allegations of abuse or addiction. It escalates and teens often align with the parent that seems more vulnerable or is perceived as a victim. Usually, younger kids align with the parent they depend on for care. Kids don’t understand adult relationships even when they seem to. Kids know about relationships from sitcoms and movies. Like all kids, I wanted to understand my parents’ relationship because I believed I could bring them back together. Even after my father moved across the country and my mother remarried, I still wished for them to reconcile. We didn’t see our father often. It was the 1950’s and courts generally gave the mother full custody. My dad was only about 30 when they divorced and was trying to build his career as a writer. My mother made it almost impossible for him to see us. My sister and I would look out the window as our father stood in the snow begging to see us. My mother would not open the door. Kids who witness their parents’ fights are scared. These kids struggle to feel safe in the world when they don’t even feel safe in their homes. When our parents screamed at the door, my sister and I hid in a closet where we felt safer. Parents who fight at pick-ups and drop-offs don’t realize how frightening this is for kids. 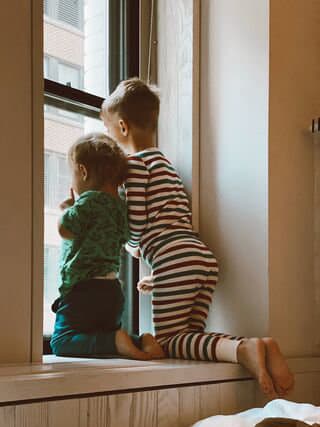 Kids miss the parent they aren’t with at that moment Source: Photo by Jessica West from Pexels

My dad, enraged by my mom’s refusal to let him see us, would then withhold the meager child support he had been ordered to pay. Then we were poor and our mother blamed our dad. Kids should not have to hear about finances. When he didn’t send the child support she’d punish him by not letting us see him again, telling us he didn’t love us. Kids don’t know how to make sense of adults’ battles and it feels catastrophic to them. Divorcing parents are overwhelmed by their own emotions and often comfort themselves by saying “Kids are resilient, my kids are fine.” Unfortunately, this is not often true. Kids suffer and express it in their behavior: maybe by regressing or acting out, shutting down, or (like me) by growing up too fast. I was “adultified” because I felt responsible for my sister’s and mother’s well-being. Parents don’t realize the painful cycle that the kids experience. Kids miss the parent they are not with, so a child misses mom when he’s with dad, and misses dad with he’s with mom. He is never not missing a parent. Some parents understand this, but others resent their child’s feelings about their ex. My mother, like many parents, wanted us to view her as the better parent. These parents want their kids to love them more than their other parent. Of course, parents are not intentionally trying to hurt their kids. But they often have a blind spot when it comes to their kids’ need to be able to love both parents. Kids know that they are part mom and part dad, and denigrating a parent also alienates the child against a part of himself. The result is low self-esteem, depression, or even self-hate. My sister and I missed our dad a lot, while our mom tried to turn us against him. We would both dread and long to see him. We looked forward to his visits but inevitably we were disappointed. We were scared of him because our mother brainwashed us against him. My sister and I spoke our secret language, Double Dutch, and out of loyalty to our mother, we ignored or rejected him. We were anxious to go home because being with him was so uncomfortable. Then he would leave, and we would grieve for days or weeks. Then we would begin to miss him again, and the cycle would begin again. Most children of divorce experience this, especially when parents are in high conflict. Ask yourself what your children are experiencing and how they feel inside. Our mom demanded our loyalty, to be in alliance with her, creating a mutual dependence that meant my sister and I had to take care of each other and our mom, and exclude the rest of the world. As the eldest, I had most of the responsibility to manage the emotional “weather” in our home. Children of divorce often are “parentified,” taking over jobs that the absent parent used to do, or the role that the impaired custodial parent should have. As a four-year-old, I made breakfast for my younger sister and changed her diapers. One friend, who lived with her father after her parents divorced, left school in 6th grade to stay home, cook, and clean and care for her dad and siblings.

Kids need your permission to love both parents Source: Photo by Tatiana Syrikova from Pexels

Not all parents try to turn a child against the other parent. Often it is unconscious as well as unintentional. Many parents now realize how important both fathers and mothers are. Kids are sometimes resilient, and usually, parents think their kids are more resilient than they are. Parents who turn their children against the other parent are doing damage to their children’s mental health. The anger that the parent feels toward the ex fuels their efforts to turn the children against the ex. Overheard adult conversations, or small negative comments, even facial expressions, are absorbed by kids. In this environment, the child develops the belief that s/he isn’t lovable, isn’t worthy. Like my sister and I, these kids are recruited to align with one parent and fear (or hate) the other parent. Kids don’t know what to believe, but they need their parent’s care, and for that reason, often believe whatever an angry parent tells them. When the older siblings have gone off to college or to settle elsewhere, it is a very lonely time for the youngest child. When the older siblings have been very close and protective, the child left at home feels the loss most acutely. It is like another abandonment, with the grief and confusion all over again. Eventually, mom’s alienating and brainwashing tactics backfired, as they often do. My sister and I moved to be near our dad and grew closer to him. I have witnessed this countless times in my work with families. My parents’ divorce was not the worst—some are much more destructive. Your divorce may not seem so terrible to you, or you might see it as devastating. But for your kids, it is the divorce they know. The feelings of helplessness and loss are deeply felt by children, even if they look okay on the outside and don’t have the words to express their pain. They need you to love them and reassure them. Don’t put them into a loyalty bind; let them be kids, not caregivers, confidantes, spies, messengers, or mediators. 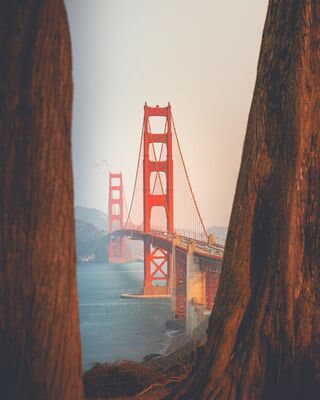 My sister and I moved to California to find a relationship with our dad.
Source: Photo by Mohamed Almari from Pexels

In the end, my sister and I did not have the father that we needed. But as adults, my dad and I were able to heal the relationship, not as a father-daughter relationship, but something more like a parent-adult child relationship. I am grateful for this, even though a part of me still misses the father I’d wished for when I was young. If you are divorced, your children will be driven to understand why it happened, who was to blame, and who is most vulnerable. Our job as parents is to be reassuring and forgiving. We need to accept the other parent in our children’s lives, even if we don’t like our ex. (There are some exceptions, such as when a parent is an addict, an abuser, etc.) We need to be mindful of our children’s experience, how deeply they want and need both parents, and how profoundly wounded they are by the conflict between their parents.